Is diversity slowly strutting onto the catwalk?

Published 12th May 2017 by Heidi Merrony 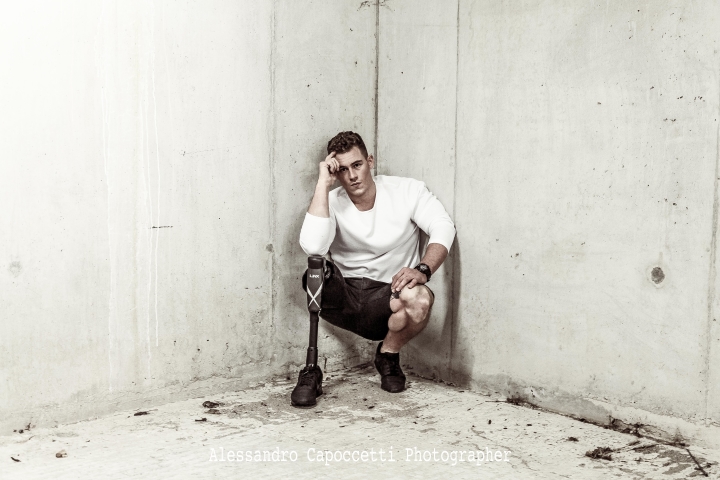 Over recent years there has been a cultural shift, as efforts to diversify the fashion industry are slowly beginning to pay off.

It’s Russian Fashion Week in Moscow, the fashion extravaganza is in full swing. Cue extravagant garments, hair and make-up and, models with disabilities, including amputee Jack Eyers, a personal trainer and a top model, representing charity Models of Diversity. “There’s always been an amazing reception, when we walked out the whole of the front row all stood up and were in tears, there was a standing ovation and they were all clapping, so it was pretty full on,” he explains. “You’ll always get the negativity, but you’re obviously hitting a nerve and that’s a good thing.” Jack was one of many disabled models selected to wear Russian brand, Bezgraniz Couture, who specialise in clothes for the disabled community.

Fashion moments like this are helping to cement diversity as a key factor within shows and aim to make the realm of fashion an all-inclusive world.

Plus size fashion is something that is starting to become a normality within the industry. 2009 saw a pinnacle moment when London based knit-wear designer, Mark Fast, included plus size models at his show at London Fashion Week. This was a landmark moment and raised discussion within the industry. Some slated him for trying to gain publicity. “A lot of designers tend to use diversity as a bit of a ‘shock factor’, or used to. So, it was quite refreshing because he used a curvy girl in his fashion show because it fitted his garments”, states director of plus size model agency, 12PlusUK, David Watkins.

“The nature of it really stems from designers only really designing to a certain size, the ‘designer size’, they don’t do a massive range of sizes so they’re quite limited.” David explains that a designer size is usually between a UK 6-8, which would clarify why thin models are so commonly used.

Today, there is the use of models such as UK size 26, Tess Holliday. In 2015 she was signed to London based model agency MiLk, becoming the biggest model to be signed by a mainstream modelling agency. The use of such a large model has come under scrutiny for promoting an unhealthy lifestyle of obesity, and gaining the ‘shock factor’. Her publicity has been criticised for going from one extreme to the other. “No one should ever be used just for publicity, but to capture people’s attention, and to make people think, extreme things need to happen.” The use of two extremes of thin to fat has come under fire for the lack of representation of the average size of women in the UK, of 12-16. Jack states, “I want there to be models that everyone can connect to.”

“I want there to be models that everyone can connect to”

A lack of representation for models of colour is a problem. During the 1980s and 90s black models had a healthy representation within the industry with numerous black women – including Naomi Campbell and Tyra Banks – walking the catwalk. Many thought this was a turning point in fashion and would secure black and ethnic women as a well-represented group within fashion, however many fashion designers have reduced the number of ethnic models they use which lead to model agencies rejecting models because of their skin colour, resulting in the white model industry of today. However, “you’ve got ASOS and Boohoo, and really edgy brands that are looking at diversity because you’ve got to, because it expands their market.” David explains that it is boundary pushing brands and decisions like these that can reshape the industry.

Despite issues, there is reform happening all around. The Arts University Bournemouth (AUB) claim that their, “USP (unique selling point) is ethics and diversity.” Karen Ryan, senior lecturer in Fashion and Textiles at AUB exuded pride and enthusiasm speaking on the university’s attempts to engage students with diversity, “it’s part of AUB’s identity now” she explains, “our students are coming out more responsible and ethical”. Karen continued, “Diversity is really important, it shouldn’t [have to] be a discussion point”.

As for the future, Jack hopes that, “there will be international models out there of a diverse range, to be role models for everyone for day-to-day life”.