As we move further and further into a digital age, are we losing the true concept of dating to find love?

It’s Friday morning and Laura Hixon sits on a busy tube, phone in hand, her thumb scrolling left and right. She’s on the dating app ‘Tinder’. Based solely on looks, the app allows you to connect to people that you find attractive. Swiping right for ‘yes’ and left for ‘no’, Tinder makes sure that you only converse when there is a mutual attraction between both of you. Along with others, such as ‘Happn’ and ‘Plenty of Fish’, online dating has quick become a huge success. Welcome to the modern world of dating.

Laura, an avid Tinder user, explained why she turned to the internet to date. “I look through dating apps pretty much every day because it’s the only way to meet people. The problem is that everyone is on dating apps so nobody approaches anybody in social situations anymore. You have to be on dating apps to be in the game.” 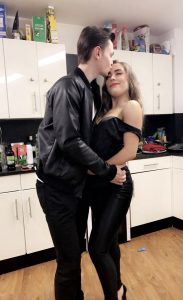 Dating wasn’t always this way. Once upon a time, dating was an exiting chase. It wasn’t convoluted with social media and constant communication. Lynette Hill, a single mum, discussed how dating has changed from when she was younger due to the rise of online dating. “When we used to meet people, it would be from a social situation, which often meant that you would have things in common and the relationship would stem from there. The trouble with online dating is that anybody can pretend to be anything, some may have an online persona which differs from their real personality.”

First dates from the internet have always been an interesting concept. An organised meeting in which you have to present yourself in the best light possible in order to get the other person to like you, after already chatting for hours online. Laura discussed with me her worst online date “After I turned up in Ascot, I realised that the guy in front of me was very different to the guy I had been talking to for a week. He was quite rough and we ended up having a huge argument after he accused me of checking out the barman. To be honest, I would have preferred to be talking to the barman as this guy was so terrible!”

However, this isn’t the only way to date. James Edis, the manager of Bar So, a cocktail bar which hosts speed-dating nights, told me how they prefer to keep it ‘old-school’ with their nights. “Our events are very interactive- it’s not a shy form of dating as people are meeting face to face. People always seem to hang around afterwards to chat to more people so I would say our events are very successful.”

James reinforced the importance of these events “In this digital age, it’s important to keep face to face meetings rolling. We are always keen to host these kind of events as we need to be maintaining a form of dating which is not just online.”

Talking about how effective dating apps are, Laura stated “I don’t think dating online is actually successful at getting people together. Men tend to use them out of boredom and to essentially to ‘pick up’ girls as it’s easier to charm online as you can pretend to be someone you’re not. I will continue to use dating apps but I am sceptical about most of the people on these sites.”

It’s about time that we put down the phone, turned off the computer and got back out there in the real world, before we all give up with the dating game for good. 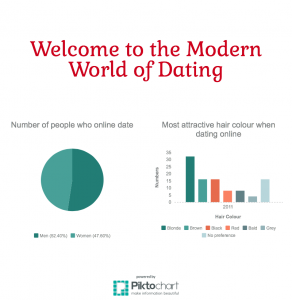