Why is it that so many strong, independent women around the world have such tense relationships with food?

Sam sits on the sofa on a Saturday night in-front of the TV, the dogs snoozing soundly, curled up in the corner. She’s feeling positive after dragging herself to the gym but her mind starts to drift to the tub of strawberry Hagen Daz sat in the freezer, solemnly waiting. One spoonful surely couldn’t hurt? She nudges herself off the sofa, and slowly pads towards the fridge. She’s has such a good week with slimming world, surely it’s time to treat herself. Half an hour later and the carton is empty, mocking her silently from the side table. The feeling of guilt starts to creep in and before she knows it, she is submerged in a blanket of self-hate, disappointed at her lack of willpower. This is a regular occurrence for her.

She is not alone.

24 million women in the UK have admitted that they often feel guilty about the amount they eat. This study, carried out by New Atkins Nutritional, shows a figure totalling to two-thirds of Britain’s female 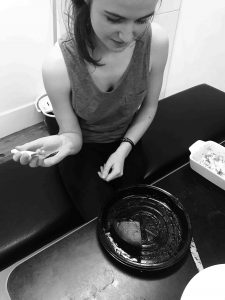 population. Further, a quarter of women also admitted to binge-eating when emotions ran too high.

Weybridge-based trauma psychotherapist, Karen Crompton, delved into the reasoning behind women’s distorted relationship with food. “It usually begins with many psychological issues. Women use food as a form of control as sometimes they are not able to express distressing emotions in a more constructive way.”

As a teenage sufferer of anorexia, weighing just 6 stone at her worst, Karen shared where her own problem began after watching her mother constantly diet and competition running rife with her sister.  “There is a familiar aspect to eating- the mother’s relationship with the food can easily be passed onto the child.” This goes some way to explain where our negative attitudes towards food can begin.

Sam Langley, a keen member of slimming world diet club, joined after realising that her relationship with food was beginning to spiral out of control. “My relationship with food is intense. At one point I ate if I was happy and if I was sad- a bit like an addiction! It’s only recently that I’ve noticed this negative pattern and after a weight gain, I realised I had to do something about it.”

Sam joins many other women in this struggle. London Waterloo’s Southbank centre ran its yearly Women of the World fe 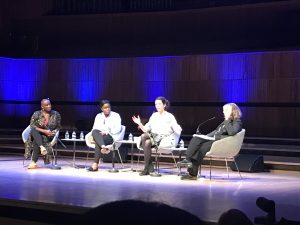 stival during the weekend of the 11th March and famous female speakers from around the world came to empower women, one in a discussion about food. One panel, with Thomasina Miners, chef and founder of restaurant group Wahaca and fellow chef, Andi Oliver, discussed the issue of women and food. During the talk, Thomasina stated what she believed was causing these issues “stuffing doughnuts isn’t feeding us, it’s feeding a psychological problem within.”

I finally give myself permission to indulge in my obsession”

So what can we as women do to move past this issue and finally enjoy one of life’s necessities? Andi revealed something extraordinary during her discussion. “I finally give myself permission to indulge in my obsession”. This statement had women around the room cheering. Someone finally said it. Let’s stop viewing food as the enemy and more as a friend. She also dismissed the media’s portrayal of a healthy lifestyle, stating “I dislike the term ‘clean eating’. It gives us the indication that food is dirty.”

For some women like Sam, they find that joining groups is the key to a successful diet. “Slimming 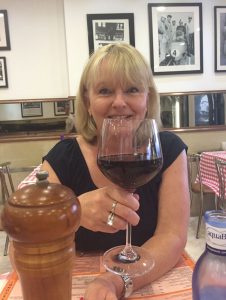 world has definitely changed my attitude to food. It’s been good at teaching me that it is okay to have a bad day, but to draw a line under it and start fresh rather than giving up. It’s also shown me the importance of healthy food like fruits and vegetables.”

Other women, such as nurse turned actress, Lizzie Holland, turned their diets around by getting interested in food. “I’ve always been naturally greedy but have had to learn about the effects it has on my body. In my 20’s, I lived on a diet of cigarettes and chocolate which I realised was unhealthy. I had to start cooking, as in the 1960’s takeaways weren’t readily available, so there was nothing else to eat. In recent years, I have become shocked at the poor quality of food we are provided with by the supermarket so have begun to grow my own crops so I can eat healthily.”

For these women, food has become something they can once again enjoy rather than fear. It’s time that we move past these negative attitudes about food. Put down the glossy magazines full of tiny frames, tear up the diet books and let’s get the fun back into cooking. It’s time to accept that food is our friend.

Tagsfood Southbank Women of the World