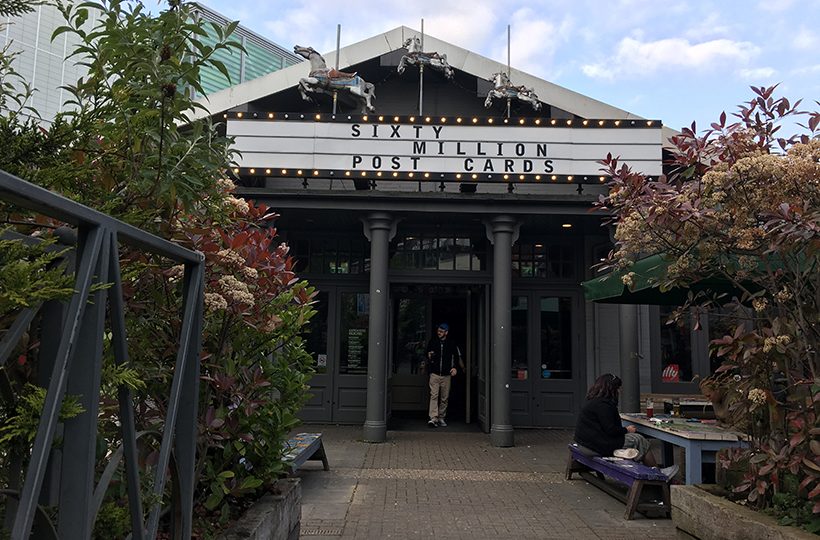 Independent music venues in the UK face tough times. Whilst popular music thrives, live music struggles to survive. In an era of financial uncertainty and political division, their presence is pivotal.

An unfamiliar face steps out on stage. With only a handful of original songs and a microphone to make an impression, its make-or-break. Watching their performance unfold live in front of your eyes, you gaze in awe. A musical gem has been unearthed and you were there to witness it.

Each musician has a beginning. Many of the most famous and popular artists began their careers performing in a tatty, old venue in front of a small crowd of people. It can often be disheartening for upcoming artists who cut their teeth desperately trying to break into the mainstream market. 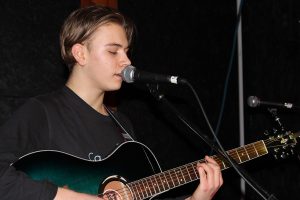 Acoustic singer-songwriter, Tom Millichamp performs tracks from his debut EP at The Joiners.

From Oasis to Coldplay, the majority of bands begun their careers at the grassroots level and tiredly worked their way up. It is through this very foundation that the next stadium filler might emerge. Yet, chances to perform in front of a sell-out arena are steadily become fewer as venues continue to close down. Without them, future generations of talent could soon be non-existent.

“Grassroots venues are the unrecognised talent incubators of music in the UK,” said Beverly Whitrick, Strategic Director for the Music Venue Trust. “If their career flies, you feel a part of it because you were there in the early days. Watching an amazing gig is an experience that lots of people don’t have.”

Closing down small venues not only denies talent, it snatches jobs, from promoters to sound engineers and bar staff.

“An increasing number of grassroots music venues are closing,” said Beverly. “Without them, there is likely to be a long-term knock-on effect on the arts community and the music industry.”

Though many venues have been forced to close, many have fought for their survival. However, even the most illustrious of venues may soon have to admit defeat.  Among them, The Joiners Arms in Southampton, a host to many up and coming bands. Oasis, Catfish and Bottlemen and Coldplay once performed during the early stages of their careers.

“We scrape the barrel to survive,” said Ricky Bates, the booker and promoter at the Joiners. “Every venue of this capacity is struggling unless they have cheap rates and running costs. It costs about £5000 a month to run before paying a single member of staff.” 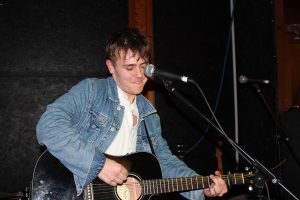 15 year old, Lewis Smith performing at the Edge of the Wedge.

With rent prices sky-rocketing and local councils imposing unrealistic regulations on small venues, dozens are on the brink of closure. In the last 10 years, 40% of London’s music venues have closed and similar patterns occurred throughout the UK.

The only solution for owners, battling against increased rates is to raise entry fees. However, it is now harder than ever for musicians to sustain a living from their love of music.

“Venues are getting too greedy and desperate,” said Lewis Smith, a singer-songwriter from Hampshire. “The only way your earning money is if the venues put the ticket prices up. I’d still have to sell at least 30-40 tickets. It’s almost impossible.”

Reasons for the closures are manifold, but a common concern is the increasingly hostile environment that venues face. Small venues have become vulnerable to noise complaints from residents as new developments emerge. With budgets already running thin, the ability for local authorities to revoke licenses could be the last straw. 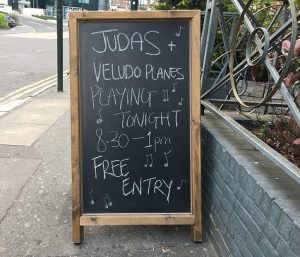 “Grassroots music venues are being classed by local authority’s as pubs and nightclubs rather than creative spaces,” said Beverly.

In the early twentieth century, a change in legislation introduced a ban for smoking in public places.

Despite removing a hazy fog from venues around the UK, smoke-free rules only exaggerated the problem.

“The smoking ban instead sent punters outside which caused more noise,” said Beverly. “More development in city centres and planning changes has made it more likely for people to complain about the noise.” 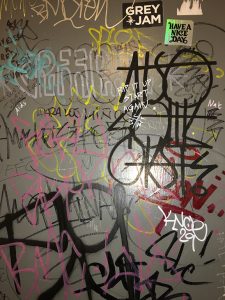 Whilst neighbourhood developments take place, many venues have failed to move with the times. What traditionally made up the key ingredients of an alternative gig scene; graffiti-striven, sticky floors and dripping with sweat, no longer appeals to a vast amount of music enthusiasts.

People underestimate live music according to Ricky, “Its not just about coming along to drink beers and smoke cigarettes. It is something bigger than that. People are quick to shut these venues down but need to make more of an effort to contribute to what is going on in their local town.”

The future of live music in the UK is not yet extinct. If we continue to support local venues and give new bands a chance, we can prevent the tide of closures. Most of all, we can be the first to witness talent on the route to success.