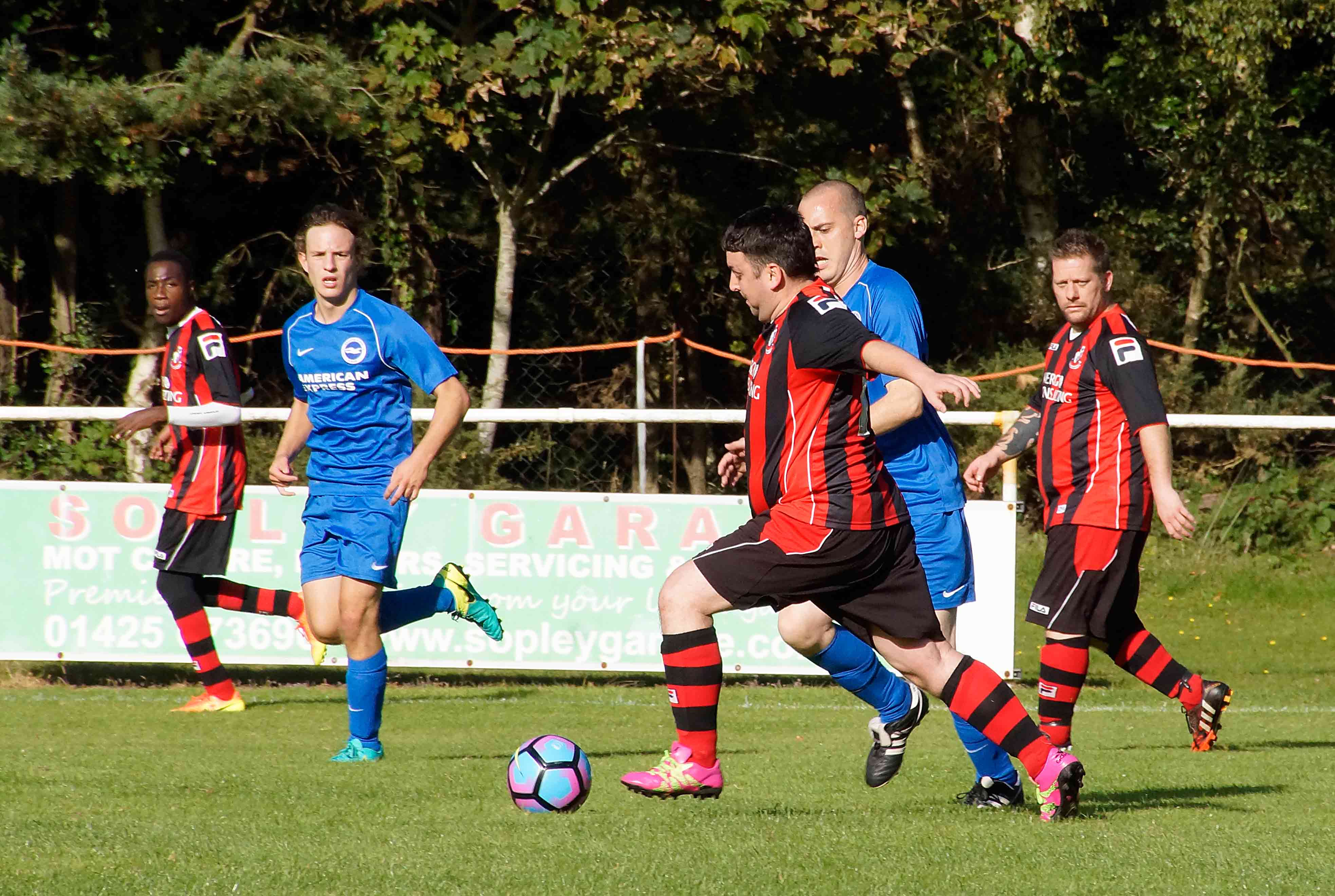 Icy night air is filled with the damp waft of chlorine drifting across the floodlit AstroTurf. A gentle hum of the lights is barely audible over the shouts and cries of the 20 or so young men and women illuminated by the orange glow. To the outsider looking in, it’s a regular football training session on a Wednesday evening, and if you asked the coaches, they’d say you were correct.

Not feeling different is the goal here. To feel welcome and – for what might be the only time each week – comfortable.

Each of these players, like 1-in-4 of us, lives with a mental health issue. According to the Mind mental health charity, physical exercise can reduce your chances of depression, increase your self-esteem and reduce stress.

The benefits of mental health in sport are visible every session. When they initially arrive, players are hermits quietly getting ready with little or no interaction. But once training has begun, shoulders drop, voices speak up, and the players’ confidence shows.

“My mental health has been bad . . . and I was a recluse,” says Martin, who plays in Albion in the Community sessions. Martin gushes about the importance of the sessions to his mental health, saying it “helped me with confidence and sense of wellbeing”.

He says he hasn’t “been for a while due to some hard times” but “can’t wait to go back starting next week!” Martin is also a big supporter of Coach Paul Brackley, known as ‘Brackers’ to the players, “he is a great guy and I believe he is doing the best for the group.”

Paul is Disability Manager for Albion in the Community, as well as coaching their mental health team, amongst others. Whilst he started coaching 8 years ago, he says he quickly became enamoured with disability sport, “My passion for sport became my passion for disability sport… and that passion has grown and grown.”

Since he has taken over the program, the focus has been on “giving our players the best available opportunities, whether that means regular competition, or just some light training.” No matter what level you’re at, there’s an option for you.

The growth and expansion of these clubs has been nationwide, Louis Potter-Jones is a player and coach at Albion in the Community, but he has played all around the country. “we’ve played teams from all over… from Reading to Birmingham City, anywhere you can find a mainstream club, they usually have a mental health team.”

Louis, as well as coaching, is also playing competitively for Albion’s Elite Disability side. Another recent expansion in mental health and disability football is the competition, with national and regional cups at 11-a-side level as well as having several categories in the people’s cup.

Another South Coast club recently saw success in the FA People’s cup, AFC Bournemouth Ability Counts had two sides reach the final round of the tournament in Birmingham. The livestream of the event brought thousands of viewers, and for Louis exposure and funding are the biggest issues facing the sport.

“We recently had to combine our two league teams into one, since we didn’t have enough players, it was a real shame because it meant we had less game time for players. What we really need is to get the word out about mental health football and disability sport.” He goes on, “Money is another problem, we rely on sponsors and the club’s charity to fund us, and they’ve been great, we have grown massively.”

But Louis knows, sadly, that other clubs aren’t so lucky. “We have a full 11-a-side pitch at Brighton’s new training ground in Lancing, but I’ve been to Bournemouth, where they pay the same amount but they are playing on a small 5-a-side pitch at a leisure centre.”

AFC Bournemouth do have plans to build a new training complex, similar to that of Brighton and Hove Albion, but it’s not clear if their Ability Count’s teams will be included. However, Louis is keen to stress that facilities aren’t everything, “I’ve been training with the side since we were training on a rugby pitch next to an A-road, it’s always worth attending, it’s given me bags of confidence and changed me for the better.”

To get involved in mental health football in your area, find details on your local Football Association website.