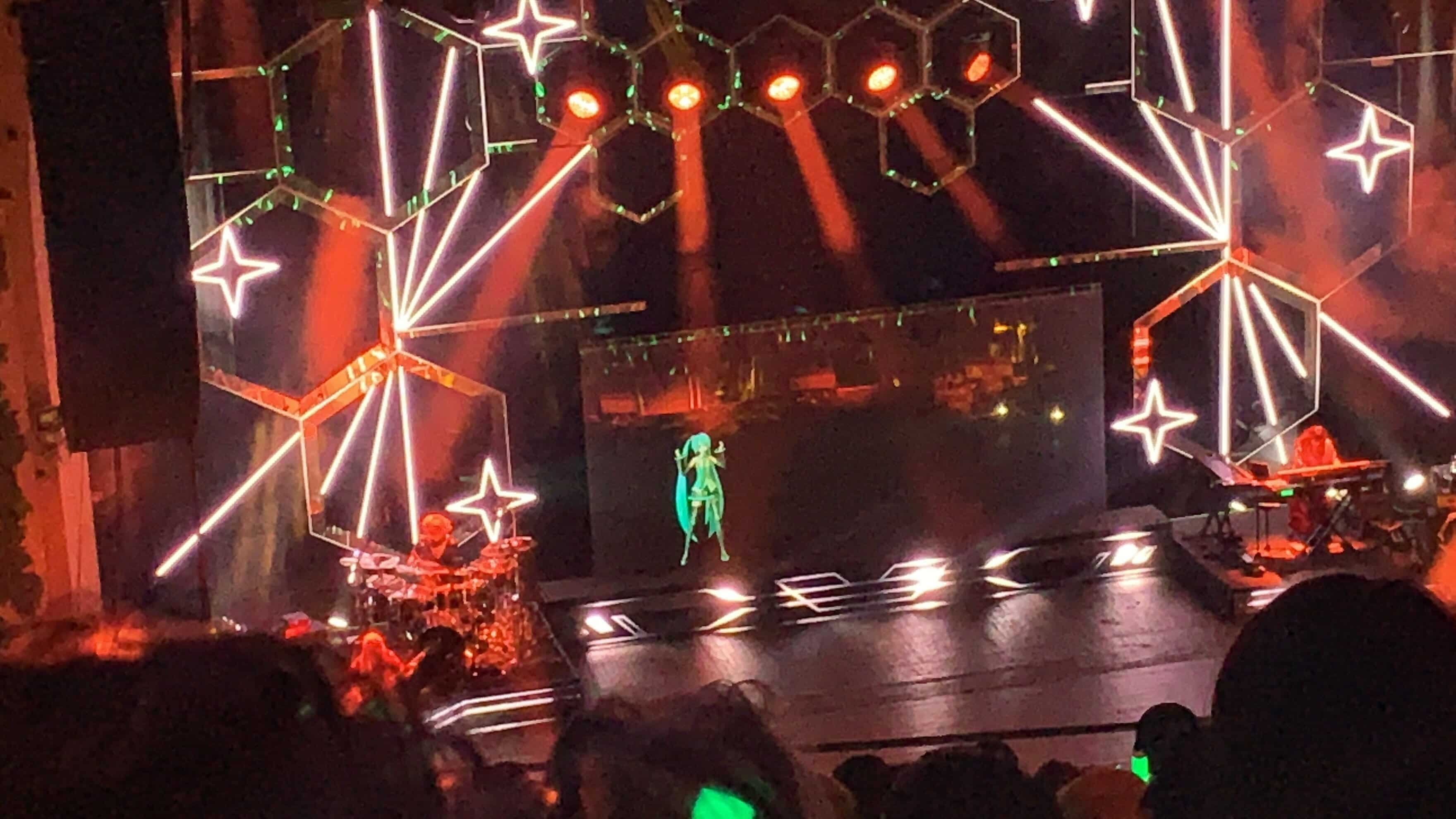 Last weekend yet another endless snaking queue formed around the Brixton O2 academy. The name of the latest pop star to grace the iconic venue was placed subtly over the entrance, obscured only by the chilled breath of queueing fans, a seemingly normal night before an early January gig in Brixton.

However, flashes of teal wigs and a noticeably younger clientele audience demographic than usual give hint that something unusual was about to take place. Hatsune Miku, a virtual idol with a career over a decade long, was soon to be projected onto stage for a ‘live’ performance complete with a band, choreography, and some well honed projection technology to bring her to life.

Created by Crypton Future Media as a mascot for the Yamaha Vocoloid software and subsequently made open source, Miku has a huge library to play from – over 100,000 songs and counting created by fans and artists alike. It is precisely this open source nature of ‘ownership’ amongst her fans that brought the atmosphere inside the building to near fever pitch, every polite reminder to turn off flashes before the start brought screams of anticipation.

This was only Miku’s second appearance in London, a fact that is remarkable considering the level of excitement in the room but understandable given the logistical task of putting on such an event. For myself, it was a chance to relive some nostalgia as someone who was a more committed fan in my youth, but ODDS & ENDS still managed to elicit a wave of emotion when hearing the final chorus belted out by virtual vocal chords

With no support acts, Miku burst onto stage – quite literally – to introduce herself and other Vocaloids to the crowd, who clearly needed no introductions. The two hour gig is a relentless onslaught of J-pop, nu-metal and dance tracks with barely time to breathe for the band who persist with an energy to match that of their virtual singers. With a blend of some classics – of course World is Mine made an appearance – and newer material, the holographic pop-stars set a breakneck pace for their audience who responded in kind with LED glow stick choreographies and endless cheers.

In an era where every popstar comes with baggage, whether it’s a scandal or a moral belief that they’re keen to promote, Miku stands apart with her fellow Vocaloids as a clean (but not sterile!) group of stars that you are free to enjoy the music of. It’s that simple, and that’s all it needed to be this time round, I have no doubt fans eagerly await the announcement of the next UK date for MIKU EXPO. Fingers crossed for 2021!