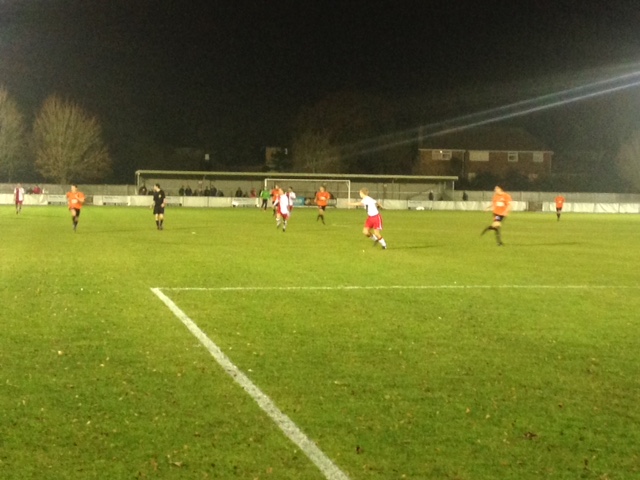 It is a bright day on 13 May 2012, and as the afternoon begins to slip away and the sky darkens, Sergio Aguero lights up the footballing world with his last gasp winner for Manchester City, which saw them clinch the league title for the first time. As half the city of Manchester celebrated, the teams at the bottom of the Premier League would have felt contrasting emotions – as they crashed out of the division.

As the fate of teams up and down the country was decided, it would have been easy to forget about the smaller teams battling day by day for survival in non-league football. Smaller, southern based teams, including the likes of Wimborne Town and Christchurch FC, are competing weekly in divisions far below the football league, and finances are very tight.

One of Bournemouth’s local football clubs battling in non-league football, Poole Town, have recently experienced financial troubles of their own. Mark Bumford, the club’s commercial director, has been vocal in the past about how his club are dealing with their money problems – and with the club’s recent successes, he said he was firmly looking at how the club could improve in the future.

“When I first joined the board at Poole Town, one of the directors said that the club would never be in the football league. But I thought to myself…quietly, why not? I would like to see the club in the Conference South in five years’ time, maybe not the football league because we have to be realistic as well!”

Poole Town were recently ordered to improve their stadium, and were threatened with relegation if they missed their deadlines. To help raise money for the improvements, the club held a pay-what-you-want home game, to encourage more people to turn up and watch the team.

Mark Bumford was quick to acknowledge how important similar matches will be to the future of his football club.

“The match had a crowd of roughly 700 – on a normal match day against similar opponents we would have probably struggled to get in a crowd more than 500. The money we earned was about the same as what we would have got with a crowd of 500, but we’re hoping the match would have raised more awareness of the club and will help people want to come back.”

Clubs such as Poole Town are struggling to raise enough money to be able to comfortably see out season after season, and it is quickly becoming an all too familiar story. Players at similar teams will be earning roughly a couple of hundred pounds a week in wages; a stark contrast to the hundreds of thousands raked in by Premier League footballers. But with some clubs failing to pay their players and pay off bills in the past, the future of a non-league team never looks to be secure.

AFC Bournemouth, however, are a very different story. The club’s recent rise to the promised land of the Premier League has been one of football’s most remarkable stories in recent years – and this has been spearheaded by commercial director Rob Mitchell. Despite him not being at the fore front of the club’s staff, Rob’s job is to form connections with businesses all round the world; to ensure that the club is as profitable as possible.

Bournemouth’s financial success in recent years is made even more surprising, as when Rob Mitchell joined the club for the first time, they had just escaped administration and were drowning in debt.

“When I first joined Bournemouth I had to make connections with lots of businesses – sometimes the club hadn’t spoken to some of them, even local ones, for a few months, maybe more!” Rob explained.

Rob also explained how some local companies were “unwilling” to get involved with turning the club around, because of their concerns to associated themselves with a club seemingly struggling at the time.

But with the addition of Premier League football, and the club gradually solidifying their position in England’s highest tier of football, the club’s financial situation now looks even stronger than ever – allowing Bournemouth to create the Cherries Community Fund.

The fund was set up in 2016, and has a three-man judging panel with will decide which projects, out of the ones that are pitched to them, will get the support of the football club. The projects must be focused around developing young people, and promoting sport in Bournemouth – so that smaller local football clubs may be able to receive the support they desperately need.

One of the teams that could benefit from this fund is Wimborne Town, who have also had an unsettled last few years. Chairpersons have come and gone, and the club’s sponsors have also pulled out of their two-year deal after less than one season.