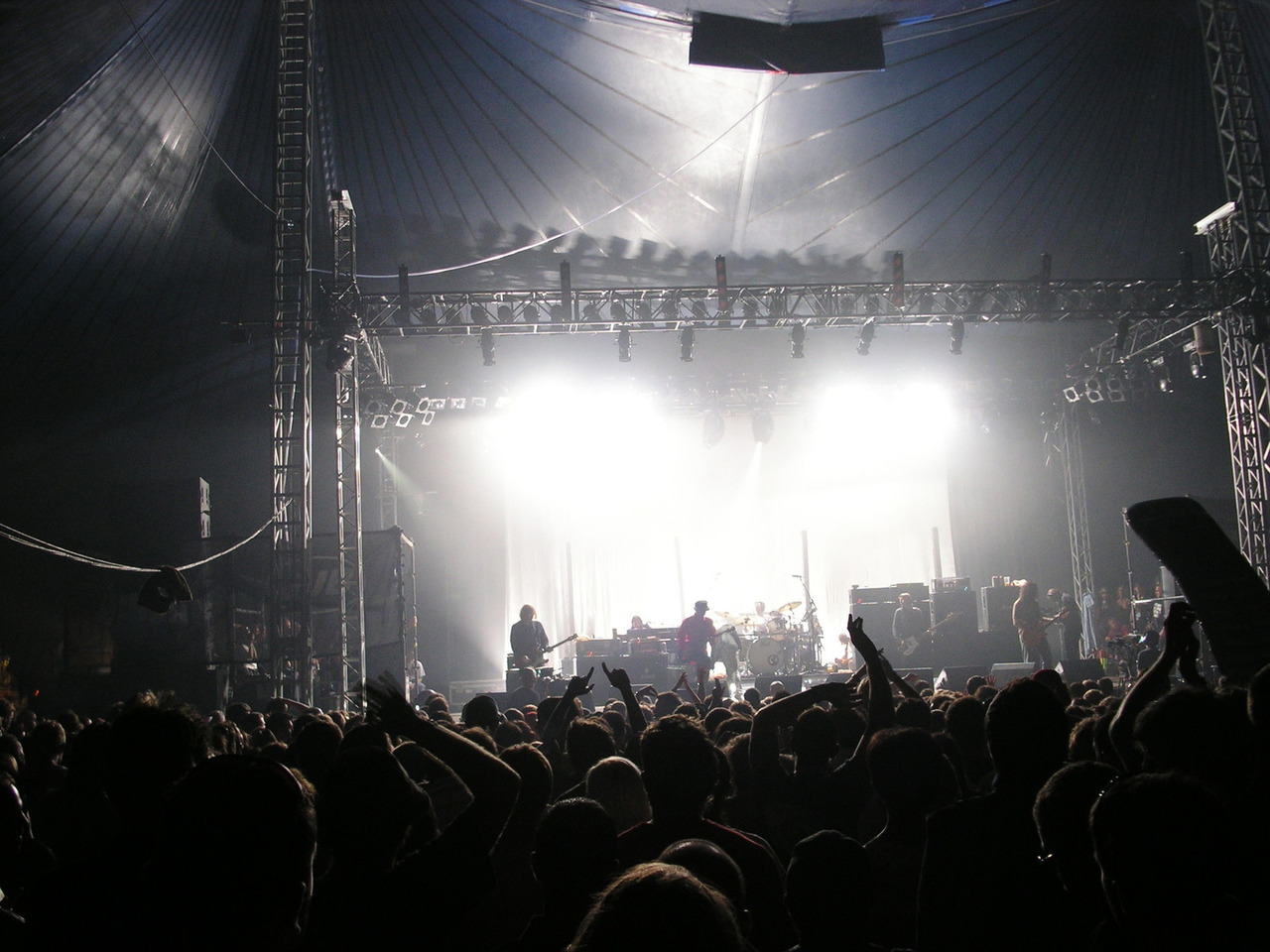 Elbow are playing at the BIC in Bournemouth, and appear to be blowing the south coast crowd away. Piercing lights shine vividly through a light haze of smoke as the tightly packed room moves in unison. The raising of thousands of arms makes it seems as though everyone is there to worship these musicians, rather than listen to what they are playing.

The many sensations exuded by similar live gigs or festivals is why Britain’s live music market is currently flourishing. This year it has been valued at more than £3.7 billion, with established names such as Coldplay and Adele drawing in millions of people across their recent sell-out shows.

One of Bournemouth’s largest ticket selling websites is BHLive. The company are based in the south coast town and manage the selling of tickets for its local venues, such as the Bournemouth International Centre and the Pavilion. Therefore, they have been at the fore front during this increase in the live music market. A representative of the company, Elizabeth Symmons, encompasses the helpful nature of BHLive as she explains the increase in popularity of music events in Bournemouth.

“There is a real appetite for live music events and we have seen a significant increase in ticket sales this year.”

Despite often being dressed in sharp suits or very carefully chosen dresses, the BHLive staff refuse to think of themselves as being part of a corporation – and instead focus on bringing the highest standard of entertainment to Bournemouth.

This is also according to Elizabeth, who helpfully explained more about the rise in the popularity of the town’s local music.

“Average attendance is up…and because of the range of events at the Bournemouth International Centre and the Pavilion, we are starting to appeal to new customers of all ages and interests more than ever.”

Away from the country’s south coast, nearly 30 million people flocked to different music venues in Britain over the last couple of years. And despite various factors, the country’s festival season reached incredible heights, with 16% more visitors travelling from abroad especially to watch a gig.

Many people are given the choice of attending a mainstream festival, such as Glastonbury, or a lesser known one, such as the Secret Garden Party.

However, despite the healthy state of the country’s live music market, some may not be able to attend gigs because of the hefty fee for some tickets. The prices of concerts are a major contribution to the increase in the popularity of live music, but are leaving many people unable to afford to go.

Rhys Bibb explained that he is spoilt for choice when it comes to choosing which festivals to go to this year. Having done his fair share of traipsing through muddy fields and travelling hundreds of miles to see his favourite bands, he would describe himself as an active music enthusiast.

“Being a student, I don’t have a lot of money. But it’s pretty easy to save up to go somewhere like Reading and Leeds; especially to see some of the guys that are playing there. Normally price isn’t a problem for me, but this year, annoyingly, it’s definitely a factor.”

Recently, Ed Sheeran announced an intimate charity gig at the Royal Albert Hall next month. But the tickets sold out rapidly; leaving people able to post resale tickets online for prices upwards of £5000.

Adam Webb, a representative of FanFair Alliance, an organisation that is working closely with the government to prevent issues like this, believes that: “the issue isn’t that there isn’t enough legislation preventing this, it’s more the fact that some ticketing sites are very transparent when selling tickets, leaving people not being able to get their money back.”

With the demand for gig tickets rising, the prices for this year’s largest events seem like it will only increase. And even when tickets are available at face value, it can be a huge commitment for some people to go and watch their favourite bands. The cost of the ticket itself, travel and accommodation is proving too steep for a lot of people; who simply cannot justify spending hundreds of pounds on a gig ticket.

But despite these setbacks, the live music market looks set to grow even further during the rest of 2017. With the amount of money available to bands in the modern day, it is likely they will be able to embark on a tour of the globe; being able to bring together millions of people who have the same passion: music. And like the unpredictability of the dancing lights at Elbow’s shows, there is beauty in not knowing how live music is going to change in the future.