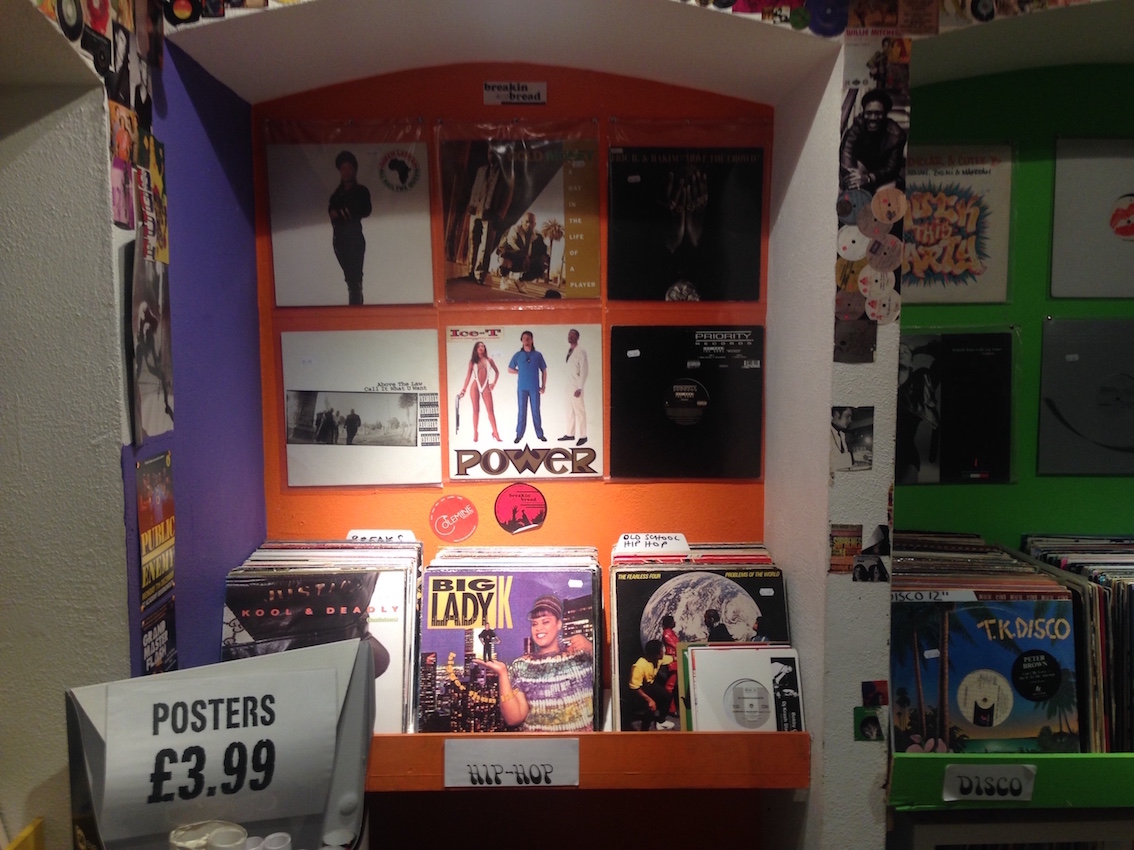 The transition of music to digital platforms is becoming more substantial, as audio streaming percentages increased 76% this year – but how does this affect the industry?

Hidden away down one of the Royal Arcade’s gleaming white marble corridors is Rose Red Records, a record store unlike any other in Boscombe. The vigour and life encompassing the store is almost tangible, and several entranced shoppers flick through rows of records – exploring relics from the many ages of modern human history.

Chris Rose, owner of Rose Red Records, seems to be a proud man, as he wanders between his store’s displays and takes in the sheer beauty of what he has created. He is wearing a dark t-shirt, and slightly faded blue jeans, finished off with a pair of battered trainers. His face is loosely shaven, with thin bristles underlining his wide smile as he gestures to the vivid posters he has tacked to every wall.

Before the introduction of iTunes and similar platforms, people would have visited places such as Chris’ store and picked up the latest albums. Not only would they experience the pleasure of exploring the album’s accompaniments and be able to relish the welcoming atmosphere the staff create, but they would also be holding a cherished piece of art in their hands – a full piece of work created for the purpose of enjoying as a whole.

Chris echoes the same viewpoint: “It really is a much more personal experience when picking up something like a vinyl or CD.” he explains, as he beckons to the ‘wall of fame’; a wall which has varying signatures scrawled across its white surface.

However, new platforms of listening to music have been established to perfectly suit the hustle and bustle of typical metropolitan life, and are undoubtedly making people’s lives easier. It doesn’t appear to be a difficult choice, when faced with spending time picking up a copy of an album in a local store compared to quickly downloading it straight to your phone on the move.

It is because of this that audio streaming in January 2017 hurtled upwards to scarcely believable levels, with a 76.4% increase. And it won’t come as a surprise that CD sales have instead dropped 16.3%.

The high pricing of many CDs, coupled with the fact that it has never been a niche market like vinyl, means that people simply don’t seem to be as interested in them anymore. The days of people queuing outside their local music store to pick up a new album as quickly as possible seem a distant memory; confined to the dusty pages of history books.

Chris Rose confirmed: “It’s true that CD’s are slowly becoming a thing of the past. Our biggest sellers to begin with were CDs and merchandise, but both aren’t anywhere near as popular these days.”

This is blatantly having a radical effect on the music industry as a whole, and also Britain’s high streets. However, while CD sales have dropped – vinyl sales have surprisingly risen in the last few years.

“The CD format seems to have tailed off in the last couple of years,” says Alan, the owner of Bournemouth’s The Vault record shop. “Despite the mix between CD and vinyl sales being roughly 50/50 when we first opened our stores.”

Alan’s store is a complete contrast to Chris’; with a sleek metallic exterior and modernised records, most of which are wrapped tightly in a protective wrapper. The store is also positioned on the main high street, so has exposure to the town’s wide range of potential customers.

Alan explains: “The streaming market is definitely growing; but things like CD’s and records have outdone streaming before – so we’ll see what the future holds.”

Kim Bayley, Chief Executive of the Entertainment Retailer’s Association, also said that streaming “appeals across the younger and older generation and we are likely to live in a multi channel environment for some time.”

But are people necessarily buying the music they listen to while streaming? Between 2015 and 2016, digital album sales fell by 17.7%, and this number is expected to decrease further as the likes of Apple Music and Spotify strengthen their hold over the streaming market.

So is there any hope left for physical formats of music? Enthusiasts such as Chris and Alan, both full of energy and extremely animated about what the future holds for music, will keep their store doors open, hoping to prove to everyone that their little stores really can make a huge difference over the industry.

Or as Alan exclaimed: “I really hope there’s a future for records and CDs, we’ve just opened three stores!”