Swatting – An innocent prank or a disgusting joke?

Posted by callumnicholas in Features

In recent years there has been a big influx in reports of a growing trend of virtual pranks with real life consequences. Callum Nicholas investigates

In the middle of August, 2015, Justine was informed of a situation which was unravelling at home whilst she was at holiday. A situation which could have turned out to be much worse if she was there. Several questions start to float through your head. You start to panic. What if my children get hurt? I haven’t done anything wrong.

This is what could be going through your mind if you become victim to an on-going trend. Starting in the US and trickling its way into the UK as more reports come in of the term “Swatting”.  The trend began to grow as users began using video game services and streaming websites such as Twitch however it soon began on its destructive path to become what it is today. But what exactly is swatting and why should you be worried or concerned?

Swatting is the act of making a hoax call to the police services, in order to bring in a squad of armed police officers in what they believe to be an incredibly dangerous or potentially serious situation at a particular location. When the police get to the address however they are surprised to find out that no such situation is occurring.

A 2013 FBI report estimated the number of swatting prank calls that are called in each year to be in the hundreds.

Just about anyone who knows how to make themselves anonymous online can organise these hoax calls and sometimes they don’t even need a reason to do it.

With the advances in technology and a generation who are growing up surrounded and enveloped by a technological age, new possibilities and new doors are being opened all the time but not necessarily for the right reasons as some victims in the UK know all too well.  But that does not mean that you are automatically under threat. There are measures that you can take to keep yourself safe online, and to make sure that when you’re browsing the internet you know how to stop yourself from becoming a victim to these attacks. 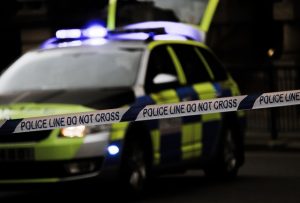 If you receive an email which tells you that you have won a thousand pounds and all you have to do is “click this link” and enter your bank details then chances are that you’re just falling victim to a scam. Sometimes you may even receive an email from what looks like an official business like your banking website saying that your account is under a security threat but in actual fact it’s just another attempt at breaching your personal details.

But, keeping yourself safe when using the internet is simple. If you do not trust the look of a link, an email or a webpage then do not click on it or do what it says. Much like in real life, be careful when talking to strangers. The person on the other end of the computer screen may not be who they say they are and of course make sure that your computer has some sort of anti-virus software installed so that should you accidently click on a dodgy link by accident, you are still protected.

With many people worrying about the direction in which technology is heading, it’s not surprising to know that there is often a clash of opinions on the use of the internet especially with how parents feel about their kids surfing the web. With information like this starting to surface, it will only add to the growing concerns. Swatting not only puts the victim at risk, but it also takes up valuable police time and resources which could be spent elsewhere.

One online user, who is a popular Twitch streamer who goes by the name of IcePoseidon, has been swatted so many times he doesn’t keep a track anymore. In fact, he once got swatted whilst he was attempting to board a plane which resulted in the police being called after a suspected terror incident taking place. There was no such event occurring, and in the end IcePoseidon was the only one who paid the ultimate price after his Twitch account was banned. And for doing nothing wrong. This is only the start of the worst yet to come.