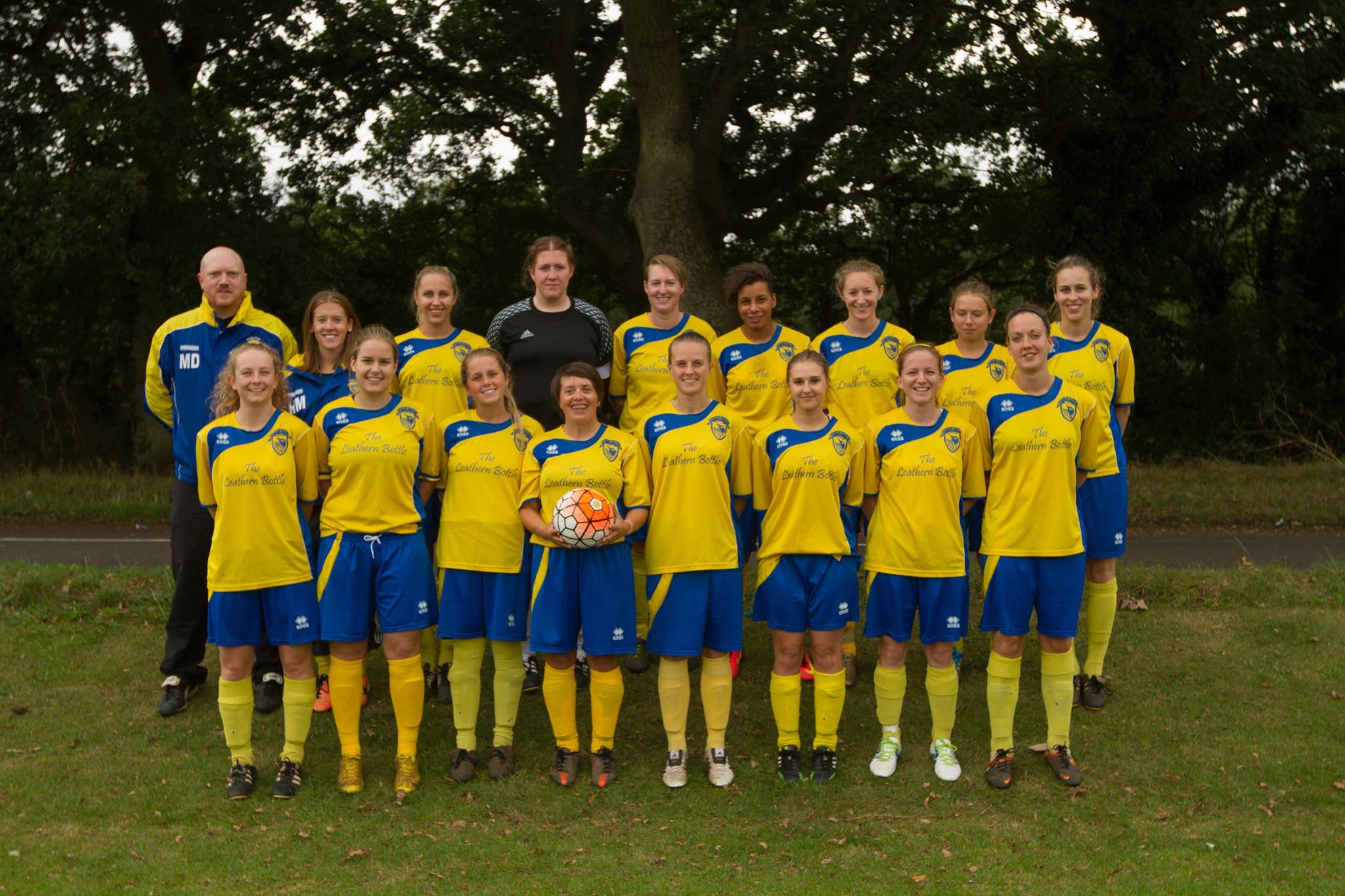 Published by aliceknight on 2nd April 2017

More often than not, we associate football with males. However, this stereotype could be changed.

It’s 1977 and Adie Blanchard is preparing for needlework lessons whilst the boys in her year prepare for woodwork class.

As a keen football fan, Adie heads to the school field. But she’s not allowed to play because she’s a girl.

Instead she longingly looks across at the boys, watching as they score hattricks and celebrate passionately about the game they love; about the game Adie loves too.

Adie Blanchard is a midfielder for Milford and Witley. She celebrated her 25th birthday in 2016 but life could have been very different for her had she been a teenager 40 years ago.

Adie began to play football at the age of 9 when she joined Farncombe Boys Football Club. Already, she was surrounded by males.

However, Adie’s progression was restricted.

At secondary school, a place where student growth should be encouraged, Adie’s male PE teacher tried to stop the girls from playing football. Adie explained: “He didn’t think it was a girl’s sport, which annoyed us. We could play football better than most of the boys.”

Yet, school isn’t the only place female footballers are treated differently to males. Georgia Blanchard, 21, played for Chelsea’s Academy from 10-16 years of age. However, despite training at academy level, she also experienced inequality in the game. “The boys had personalised boots paid for but the girls didn’t even have their names on their kit,” said Georgia. “Their travel expenses and hotels were also paid for when they played away but my dad drove me to all my matches.

“If you train a young boy to a high level and sell him when he’s older, the club can make millions but if you do this with a girl, you won’t make much money at all.”

Mike Dumbleton, Milford and Witley’s manager, thinks women are treated differently to males. “Our female players make their own way to the game and pay a match fee to play,” explains Mike, “but I know of male friends who play football at an equivalent level that will often have their match fees paid for them.”

At present, Mike is unaware of any government funding initiatives available to his team. He believes that there may be opportunities for junior sides but nothing for already established teams. So, in order to fund Milford and Witley, Mike attempts to gain sponsorships.

However, when he made a verbal agreement with a local business woman, she was then replaced by a male manager and the deal fell through. “Now I’m not saying that there was any sexism involved”, Mike explained. “But it certainly made a difference that I was speaking to a female who was very much in her own personal fitness and at the time the England Women’s team were doing so well in the World Cup.”

The team is currently being sponsored by a local mechanic who is a friend of Mike’s. When explaining his struggle to get support from local businesses’ Mike said: “It’s not easy because, from a business point of view, there has to something in it for them.”

However, what Mike finds most frustrating is the standard and attitude of the referees. “Some male refs seem to be very dismissive of the ladies if they query, however politely, any decisions they have made,” said Mike. “The ladies often find them patronising and disrespectful. It’s no coincidence that often the best referees we have are women. Unfortunately, they are very much in the minority.”

“It’s usually only family members that watch the females play”

Mike strongly believes that if women’s football was given more coverage, it would be easier to gain funding at grass roots. Adie agrees with this, suggesting that in order to increase the popularity of women’s football, television companies should air women’s matches on prime channels. “This would create more of an awareness around women’s football and would encourage people to go to matches which would help to build the popularity of the sport”, suggests Adie, “because at the moment it’s the men’s matches that have massive turnouts and electric atmospheres whereas it’s usually only family members that watch the females play.”

Adie is thankful that she has the opportunity to play football and is grateful for the support she receives from her family. However, whilst she understands the world of football is changing, she believes that women players will never be equal to men.